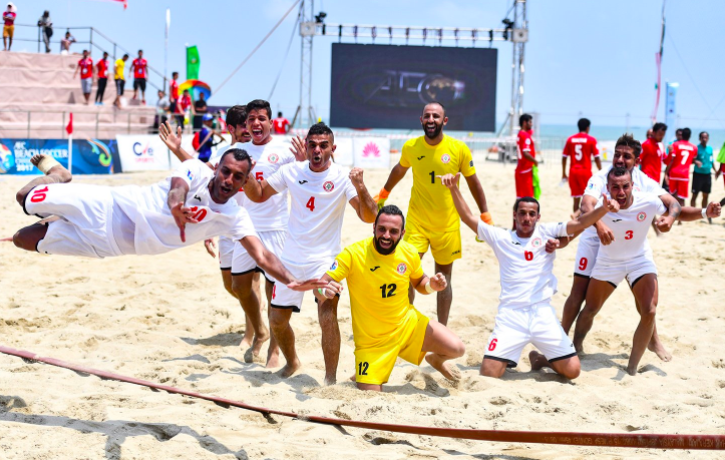 In Lebanon and Oman’s previous meeting, a late Omani goal allowed Oman to qualify to the 2015 Fifa Beach Soccer instead of Lebanon.
Two years later, the story is completly different: the Title Holders Oman was eliminated by a last-minute goal scored by the experimented Lebanese player Ahmad Jrada. The game ended with a 4-3 win for Lebanon against Oman. Cedars’ scorers are Captain Mohamad Merhi (x2), Mustafa Al Zein, and Ahmad Jrada.

You can watch the highlights of the game here:

Lebanon now only needs one more win in order to qualify to the 2017 FIFA Beach Soccer World Cup which will take place in Bahamas from April 27th to May 7th.

The Cedars will face the United Arab Emirates on March 10 at 9am.

You can watch it here:

The other semi-final will be between the two Asian Giants – Iran and Japan.

Best of luck for our National Team!!