Steve Harris : “Iran is the overwhelming favorite to win the 2018 AFC Futsal Championship” 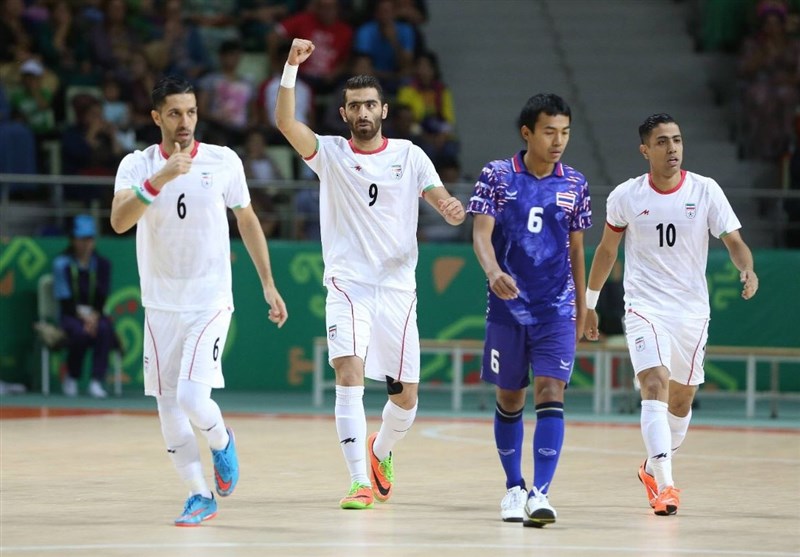 You are the specialist of Asian futsal. Where does your interest in Asian futsal come from?

I studied Japanese language in university in the late ’70s and lived in Japan for one year during that time. I came back to Japan to live in 1980 and met up with futsal in 1986. I have been closely involved in the sport since that time and have consequently witnessed its evolution since that time. So my life in futsal more or less overlaps with my life in Japan.

Continents are artificial constructs, but for better or worse they define who a given country plays at the national and club level. That is why my interest in Asia is originally based on the fact that it is “my continent.” And as I have become more and more familiar with the Asian futsal scene, I’m ever more fascinated by its diversity, quality and high entertainment value. The Asian connection also means opportunities to travel to really interesting places such as Taipei, Bangkok and Ho Chi Minh City. I also hope to visit Iran sometime.

What makes Iran so unique as a futsal nation? Do you think that they are the huge favorites for the 2018 AFC Futsal Championship?

Iran is the overwhelming favorite to win the 2018 AFC Futsal Championship. They finished in 3rd place finish at the 2016 World Cup but they could have taken the title, as they are every bit as good as Argentina, Russia, Portugal and Spain – as well as Brazil, who Iran eliminated from the tournament. Winning the AFC title will by no means be easy for them, but it’s really their title to lose.

Having never lived in Iran, I can only speculate about the factors that have led to its dominance as a futsal power. There is a long history of football excellence in the country – as well as the prominence of the small-sided game, for which there is a name in Farsi. As early as the 1992 Futsal World Championship (we weren’t allowed to call it the World Cup then), Iran beat Spain in the group league and went on to take 4th place in the competition.

The development of futsal in Iran seems to have been driven by two major factors in addition to the nation’s tradition love of small-sided football. (a) The domestic league is financially healthy enough to provide the players with such a high standard of living that they need not go abroad for success. (There have been several players over the years who have gone – including Tayyebi now – but it doesn’t take them long to come back to Iran.) (b) I don’t think that any national team in the world works as hard as the Iranian national team at traveling near and far to play challenging opponents. It did not seem to get a lot of attention, but their recent TopFour tournament with Russia, Kazakhstan and Azerbaijan was a perfect example of this. Competitions like that force the Iranian national team to continue to raise its game.

What can Lebanon do in order to try and walk in Iran’s or Japan’s footsteps?

All countries follow a developmental trajectory that is more or less the same: obsessive enthusiasts form teams, which then are arranged into local and then national competitions. The higher the level of the competition is, the more the level of the players increase, In other words, a rising tide lifts all boats. A robust national league is the first requirement a country needs to meet in order to perform well on the world stage. Next, the players need to be able to make a living from playing futsal, so that they can train on a daily basis. Japan has a robust national league but has yet to make it possible for all top-level players to make a living from the sport. Japan will take a big leap forward when this becomes a reality.

Actually, when bearing in mind the fact that Lebanon has one of the smallest populations in Asia, the national team has done remarkably well at futsal. Asia’s top powers (Iran: 80M, Japan: 127M; Thailand: 69M; Uzebkistan: 32M; Vietnam: 93M) all have populations that dwarf that of Lebanon, and yet Lebanon has the 7th-best record in the history of the AFC Championship. At this point, all I can suggest is a more aggressive approach to nationalizing players born elsewhere. Perhaps also follow Iran’s lead and make sure that the national team gets plenty of playing experience against a variety of competitions. Lebanon is well situated to play the many strong teams that are geographically close. It seems to me that would be the most feasible approach to efficient development of the national team.