Liviu : “6 points out of the 3 remaining games should be enough to qualify.” 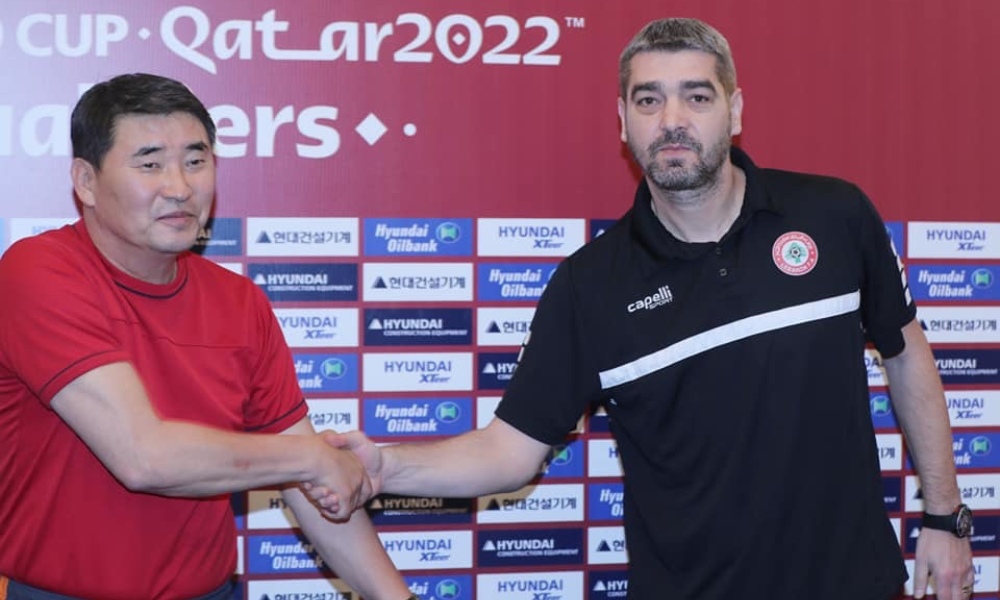 A disappointing end to a much anticipated game, Lebanon drew 0-0 against Korea DPR at home turf and gave a huge blow to their hopes of getting to the third round of the world cup 2022 qualifications.

The guests took the stand first to answer the questions of the Lebanese journalists. Coach Yun Jong-su stated that his team had a good game against Lebanon and everything went as planned and that the players were not faking injury but that they were suffering dehydration and that the pitch wasn’t in a perfect situation.

Coach Yun insisted that his team has everything still to play for as Korea DPR will host two of the following 3 games in this round of qualifications and that will give his team an advantage.

Coach Liviu Ciobotariu started his press conference by admitting that it was disappointing result for Lebanon but he hasn’t lost hope to qualify for the third round. In his opinion getting 6 points out of the 3 remaining games should be enough to qualify.

In what concerns the draw, Liviu was insisting that the players left their all on the pitch as he was expecting them to. He saw that team played better in the second half than the first half, in the first half Lebanon failed to outnumber the opposition on the flanks and that the team couldn’t make it work in the center as the build-up was slow. In the second half, Shibriko’s movement helped the team to outnumber the opposition in the attacking situation but the team was unlucky to score.

Playing behind closed doors has certainly not helped the Cedars, as they always were the players number 12. Coach Liviu highlighted the role of the audience in the game against Turkmenistan, where he sees as they were one of the main reasons of that win.

After being asked about his substitutions today, Liviu agreed that Rabih Ataya played very well but he was subbed out due to fear to severe his injury and the will to enter two strikers into the game (Bassel Jradi). When asked about Hassan Maatouk, Liviu stated that it is no secret that the Lebanese Captain is going through a rough patch and that is due to some pressure that is surrounding him, he is always talking to him and he is sure that Maatouk will come back stronger even though the coach saw that Hassan played a great second half.