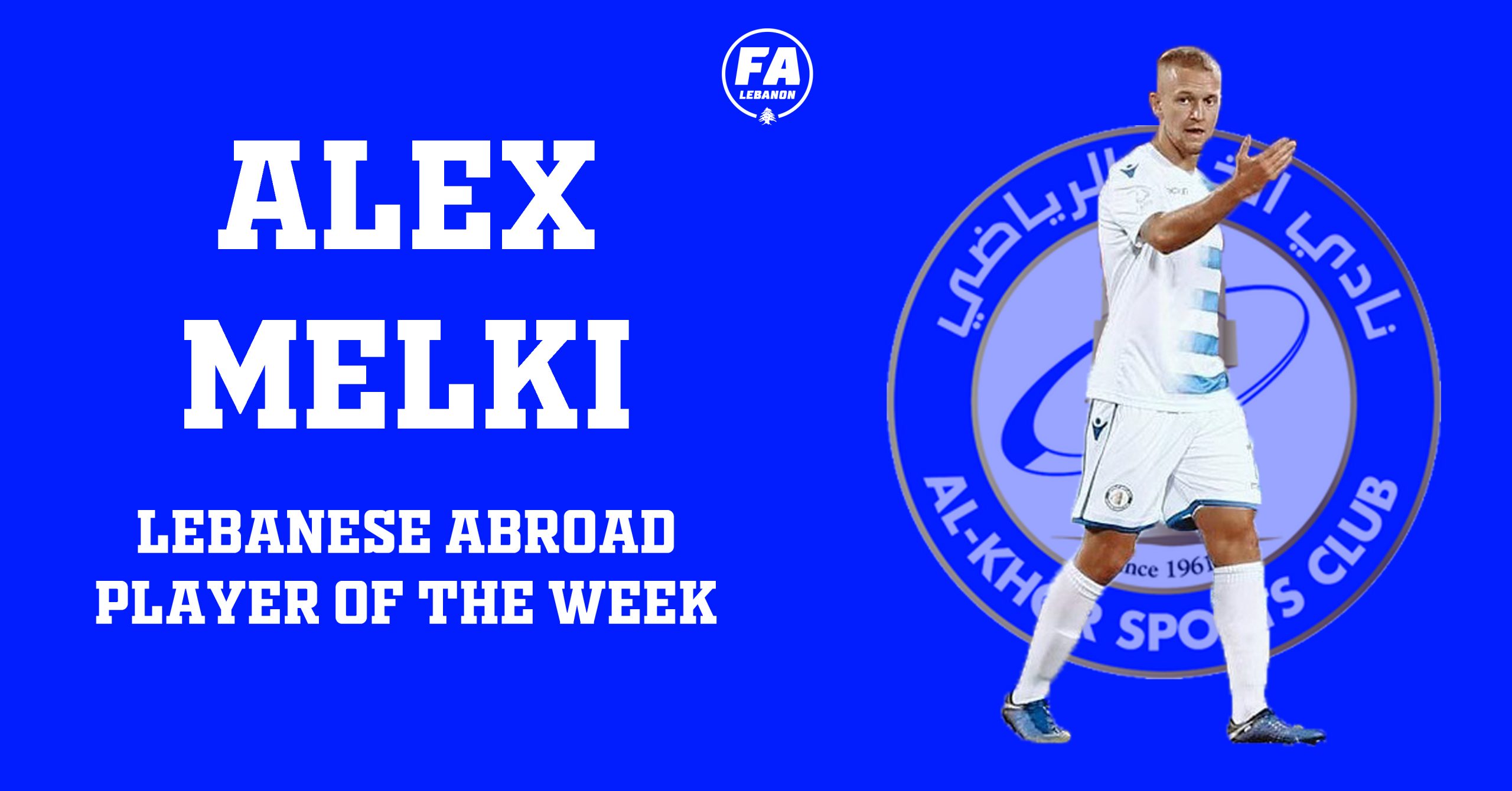 Alexander Michel Melki is the player of the week.

Al Khor has a new coach: the French Frédéric Hantz. A famous journalist reported, however, that Hantz wanted to replace Alexander Michel Melki.

Fa Lebanon decided not to share this news due to the fact Melki is an indisputable starter player with Al Khor.

On October 13, Melki was a key element of his team in the 2-0 win against Qatar SC in the Qatar Stars Cup, showing his worth to the new manager.

Al Khor are now runners-up of their group.

Amazing result for Al Khor who showed a great resilience in defense against the club led by Barcelona legend Xavi. The performance of Melki was highlighted by Al Kass commentator which sais that he was “excellent”.

Al Khor are now ranked 8th in the league.

Nevertheless, he played 20 minutes, and was unfortunate to see his team concede a goal in the 94th minute.
It is the first loss of the season against a candidate for promotion to the upper division.

Sutton United are now 4th in the table, just one point behind the leader – Hartlepool United.

In the second game of the week, he played only the first half.

This week, Zein played his first game with Al Nasr which ended with a 2-1 win against Al Shabab.

Jradi started the game but, unfortunately, his team lost for the second time in a row.
HNK Hajduk Split are now ranked 5th.

SV Meppen were unlucky in the first half: red card in the 22nd minute & they missed a penalty in the 27th minute.
El-Helwe played 64 minutes.