Rabih Ataya with a new club 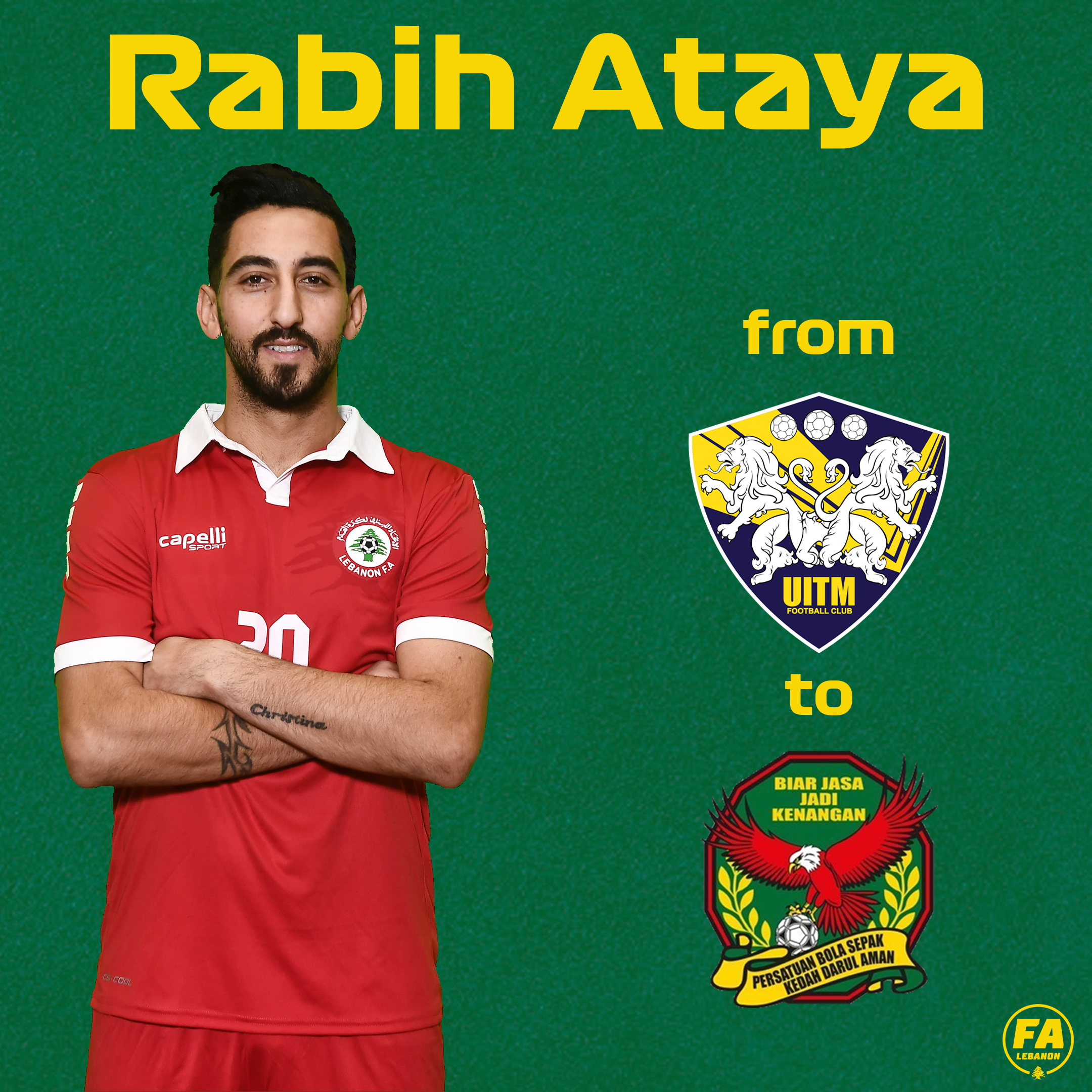 Sources have told FA Lebanon that Rabih Ataya has signed today a contract for him to play with Kedah in the upcoming season.

Ataya, 31, is a winger. He has gained quite the reputation in Malaysia after his good performances with UiTM in this season, scoring 2 goals in 9 games.

This move is a step forward for the ex-Ahed player. Ataya helped newly-promoted UiTM reach 6th place in the league, whereas Kedah finished as runners-up.

Kedah will play in the 2021 AFC Cup, Ataya will be vital for them to go far in the competition. After all, he is an AFC Cup champion.