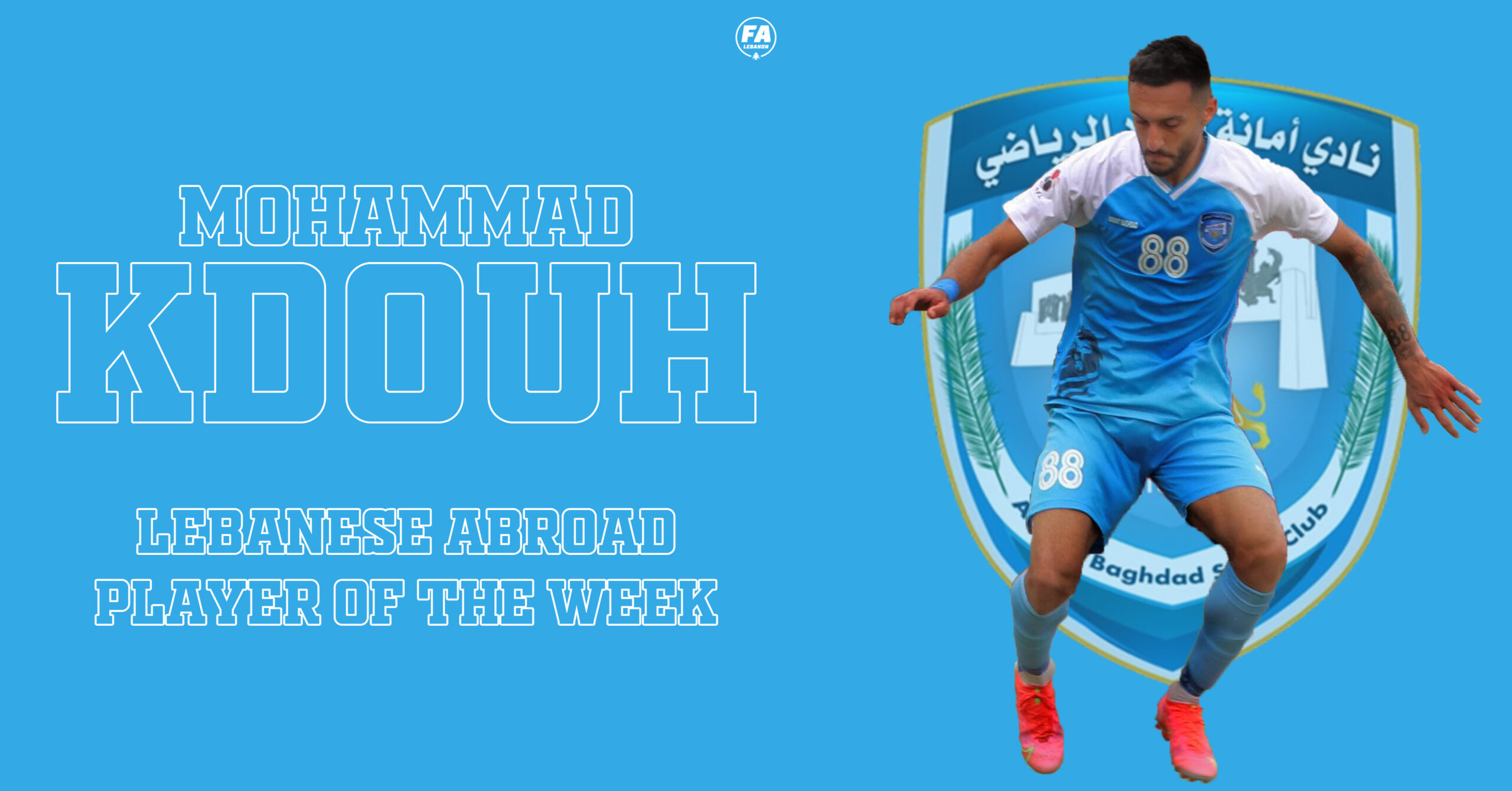 Mohammad Kdouh scored a brace in the first half. Kdouh was full of determination after failing to score in the last two games.

In the first game against the Saudi club Nasr, Soony Saad and Ahmad Zreik started the game. Soony only played the first half.
Ahmad Zreik was named the player of the match: 87,1% accurate passes, 1 key pass, 11 duels won out of 15, 3 interceptions, 4 tacles, 1 shot on target.

Sutton United started the week by losing against a direct competitor for the promotion spot. Omar Bugiel played 90 minutes.

Omar didn’t play the second game which ended with a win for Sutton United.
They are still in a very good position for the promotion spot.

Yahya El Hindi played the last 15 minutes of the game. He helped his side to equalize in the added time.

Kassem El Zein played the full game. A new disappointing result for Al Nasr. They didn’t win any of their last four games.

Samir Ayass started the game but he played only the first half.

Joan Oumari started the game. He got the best notation among his teammates. His numbers are really good: 3 clearances, 1 blocked shot, 7 interceptions, 1 tackle, 3 ground duels won out of 5, 6 aerial duels won out of 7, 85,4% accurate passes.

Mohammad Taha was once again decisive for his team. His team is currently in 5th place, with 2 games on hands.