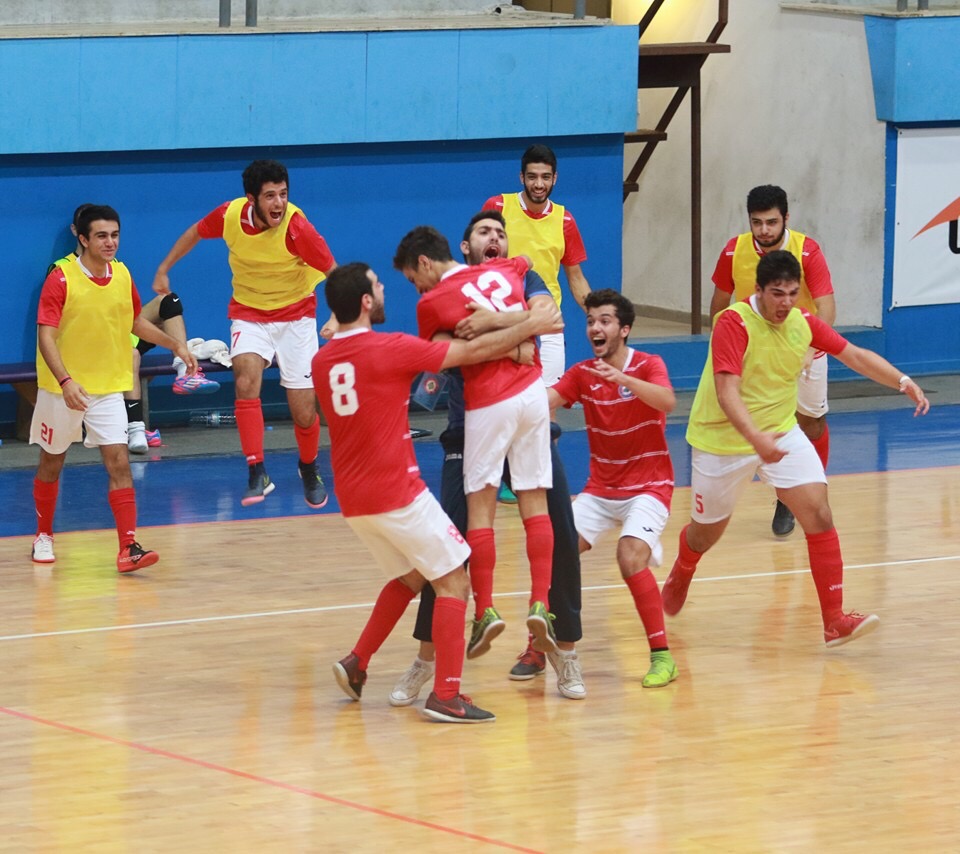 After a very exciting futsal season, four new 2nd division teams have been promoted to the 1st division of the Alfa Lebanese futsal championship. The teams who ranked 1st, 2nd, and 3rd were automatically promoted whereas the 4th had to play against the team who ranked last in the 1st division.In this case, Louaize, the 2nd division champions, Ghobeiry, and General Security booked their promotion tickets by simply ranking among the first 3. As for Aamal Bikfaya, their mission was a little bit tougher when they had to win 2 out of 3 playoff games against AUST.

The first game was played on March 5th at Emile Lahoud stadium where Bikfaya were able to grab a 7-4 win over AUST.

The 2nd game that took place on March 12th, in Al Sadd stadium, was a closer one but still ended in favor of Aamal Bikfaya (4-3).

Thus, Bikfaya join the Louaize, Ghobeiry, and General Security in their new journey next season!!

How the Preparations for U20 AFC Futsal Championship are Going.
Bank of Beirut Sporting Club is the 2017 Alfa Lebanese Futsal First Division League Champions!