Liviu Ciobotariu: I still believe we can finish second 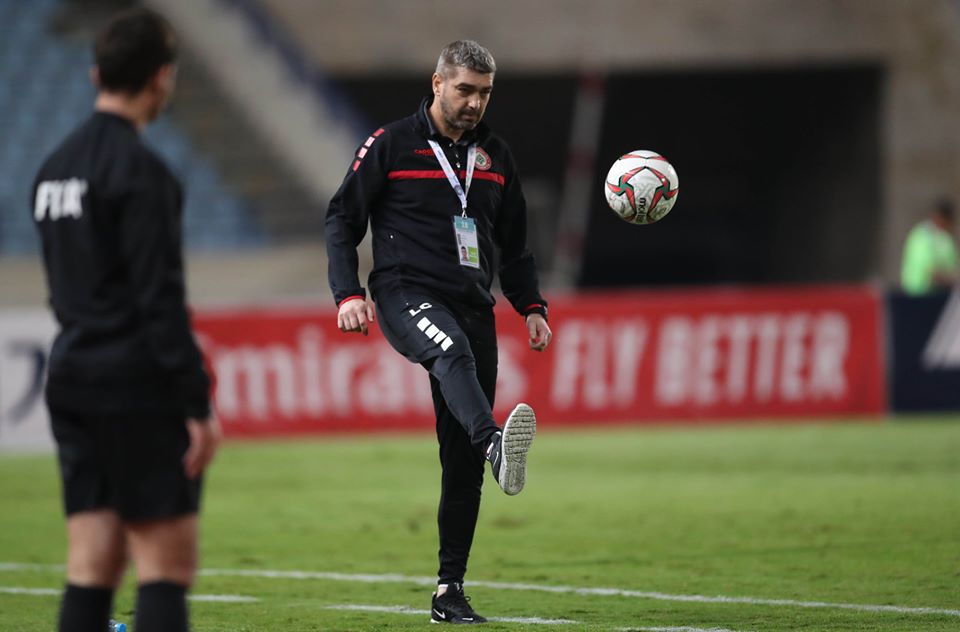 The Lebanese Federation has now suspended the football season in Lebanon and one particular question – among others – comes to mind: What’s next for the national team?

Lebanon currently ranks third with 8 points in the group H of the double qualifications for World Cup 2022 and Asia cup 2023, just one point behind leaders Turkmenistan (9 points), and on par with the two Koreas, with 3 games left to play. Now, their chances took a major blow after the league suspension but Lebanon’s head coach, Liviu Ciobotariu, still rates his chances.

FA Lebanon chatted briefly with Ciobotariu and asked him about the current situation and the plan to alleviate the gravity of the situation.

1- With the league suspended, do you have any intention of planning a training camp soon?

“The league suspension hurts a lot. Most of my players now will not have the match fitness needed to play against Turkmenistan, but we will try to train as much as possible.”
“I will be meeting with the federation staff in a couple of days, in order to set up a training program for the team, but I’m still unsure whether we will be arranging a camp or not.”

2- Will you consider a special training program for the players who won’t participate in the AFC Cup?

“We will try to set up a program with the players who won’t be featuring in the AFC Cup – thus not playing for Ansar or Ahed. I want them to stay in form, and this is something I will be discussing in my meeting with the federation.”

3- In order for players to gain match fitness, will you request from the Federation the organization of some friendly games?

“It will be hard but we’ll try, for sure. All the national teams have already arranged their own programs. If we find the opportunity, then we’ll take it of course.”

4- Several players went to play abroad, what did you make of this move?

“I am both happy and proud that they will be representing our country [Lebanon]. I trust them and I think this move will benefit the national team as a whole since they will be playing games with their new clubs.”

5- Will you privilege players abroad with no call-ups yet?

“As I’ve said times and times again, I am following all players with the Lebanese nationality. The door is always open to everybody. If I need them, they will be called up to the national team.”

6- You’ve told FA Lebanon in a previous interview that you have confidence in Lebanon finishing runners-up of the group. What do you make of that statement now?

“I am still very motivated. I’ve spoken to the squad after today’s training and told them that we must believe, grasp our chance and think positively. I have the utmost confidence that this team will finish second and I will do everything I can to achieve that goal.”