Jennifer Chehade: Dreaming of my comeback 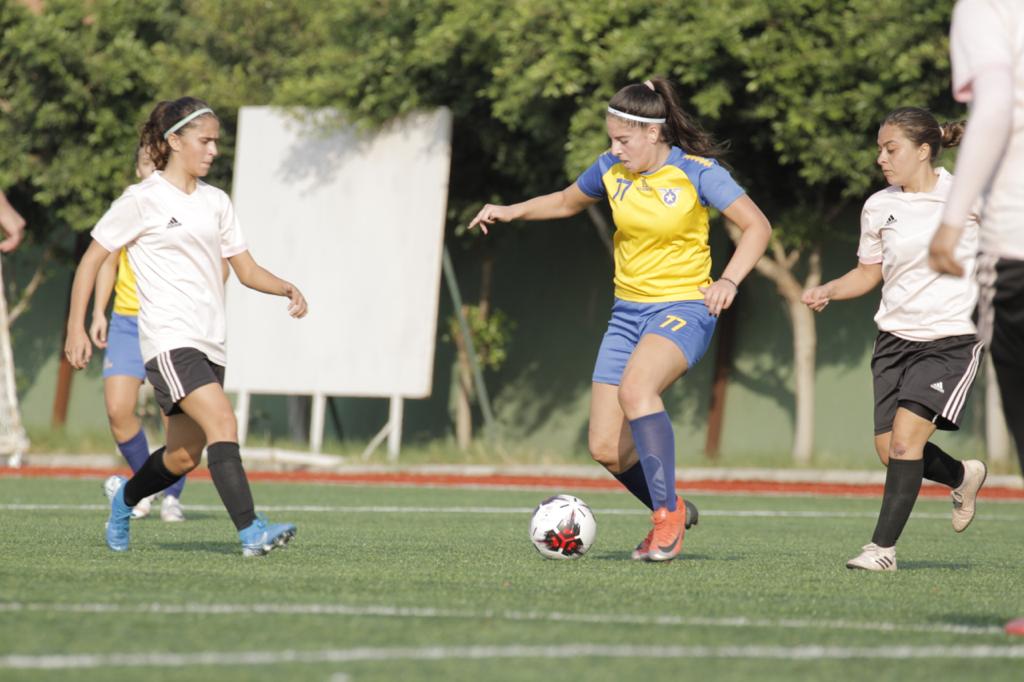 Football, the beautiful game, sends both players and fans through rushes of emotional ups and downs with wins, losses, and the most dreaded incident among players: injuries.

Injuries can range from light sprains to terrible accidents that can leave some of the best players out of competitions for weeks, months, whole seasons, or even end their entire careers. The 2019-2020 Lebanese Women’s Football League witnessed a horrifying injury in one of its first games. A fibula fracture injury was sustained by Safa midfielder Jennifer Chehade and forced her to be painfully left out for the rest of the season.

Not only is Jennifer Chehade a Women’s Football League player, but also a physical education student, a karate black belt holder, who was included in the U19 National Team for the Asian qualifiers last year. After spending four years with Salam Zgharta and competing on the U17, U19, and Senior League levels, Chehade decided it was time to seek a new and bigger challenge and joined the ranks of Safa Football Club. “I felt there was a higher level of competition”, she explained, in addition to her hopes of competing for the league title. These high expectations, however, were short lived as she came onto the pitch for Safa’s third game of the season against BFA and went down with a terrifying injury that left her and all the players and staff on the field shocked and horrified.

Chehade recalls this traumatic experience to have started the night before the match. “I wasn’t able to fall asleep that night, I was having a lot of bad thoughts”, but she eventually shook them off by talking to her teammates during warm up. It wasn’t until the second half of the game that Chehade fell to the ground. “I didn’t know what happened when I fell, and was getting up to continue the game”, but after she noticed the looks on the other players’ faces, some of which had tears streaming down, she looked to her leg and realized the severity of the injury. “I was so angry and just wanted it all to end”, seeing herself in that state made her lose all hope and go through an uncontrollable, yet understandable, downward emotional spiral that, even with the efforts of her teammates and coach to calm her, lasted until the Red Cross medics arrived to carry her off the field.

With all the emotional chaos surrounding the incident, Chehade has little memory of how it all went down. “I don’t remember being fouled. My friends told me that I jumped and landed incorrectly on one foot.” The pressure on the bottom of her leg from that incorrect landing caused a complete fracture in her left fibula bone. She was rushed into surgery upon her arrival to the hospital, and came out sporting ten screws, a titanium plate, and a brace. Two weeks later, she wore a cast that wouldn’t be removed for another four weeks. A month and a half after suffering that serious injury, the cast was finally removed and so began Chehade’s recovery journey.

This long process started with physical therapy, as the Safa player was eager to return to the field: “I immediately started thinking about my recovery, and that I want to get better step by step.”

​Chehade is currently is the final stages of her recovery process, explaining to FA Lebanon that “the hard part is almost over”. She has been doing exercises at home, as all the gyms and physical therapy clinics are currently closed due to the coronavirus crisis and has been working on strengthening her leg and coming back stronger. She admits that she now feels apprehensive to apply full pressure on it, and will still be in the early phases of training, but will definitely overcome that. “I’m excited [for my comeback] so much that I always dream of being back playing and scoring goals”. Looking forward to that moment has only motivated her throughout the recovery process.

According to Chehade, moral support has been crucial in helping her overcome this painful experience. Right after the match ended, her teammates and opposing players went straight to the hospital to check on her. “We felt like my incident united us all, they put the game aside and wanted to make sure I felt better”, not just the players, but also the coaching staff, friends and family who watched from the stands. Chehade received numerous sentiments from players of different clubs, whether kind messages, flowers, or hospital visits, “I had support from other teams and people I didn’t even know, it was nice to see that”. She was, and still is, grateful to everyone who stood by her.

​FA Lebanon wishes Jennifer a speedy and full recovery and hope to see her back in action soon.