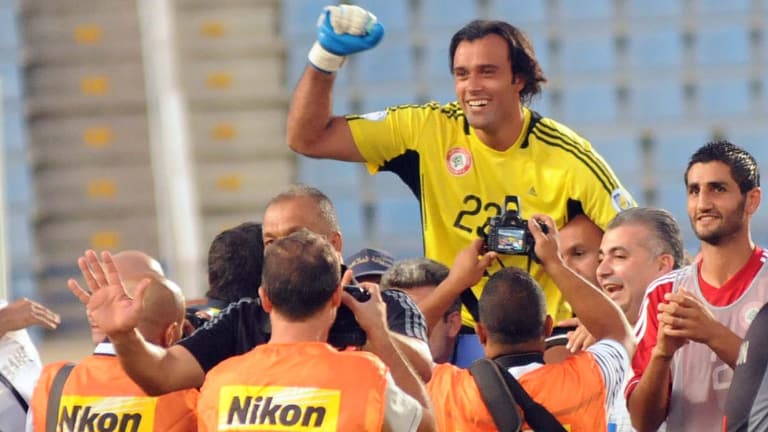 After 15 years of playing football at the highest level, Abbas Hassan has decided to hang up his boots, or rather his gloves.

Hassan started his career in the Arvidstorps IK  (Sweden) youth team in 2002, but he only stayed there for about a year, before moving to the IF Elfsborg youth team later that year, playing there until 2005.

When the first-team goalkeeper Johan Wiland got injured, Hassan finally had an opportunity to play his first game for IF Eflsborg’s senior team. He was so good that he was able to start ahead of the goalkeeper his team bought to replace Wiland.

However, his next four years at the club were a bit of a rollercoaster. In the 2006 pre-season, Hassan got injured, therefore got displaced by the player he displaced, Wiland. Even though he won the league that year, and the super-cup in the next one, Abbas didn’t play a game for IF Elfsborg for the rest of his stint there, as he joined Aalborg BK on loan in 2009-2010, then IFK Norrköping in 2010.

The latter loan became a permanent signing, as Hassan signed with the 2nd division side in 2011, where he played 30 games. In 2013, during his final season at the club, Hassan helped IFK Norrköping achieve promotion to the Allsvenskan. The goalkeeper then rejoined IF Elfsborg, staying there from 2013 to 2016, where he won the Svenska Cupen. He then joined Örgryte IS in 2016, then Nejmeh in 2017, tasting Lebanese league football for the first time. The veteran goalkeeper played 23 games and won the Lebanese Elite Cup in 2017 and 2018.

The Lebanese goalkeeper has decided to retire, and he has admitted that he wants to become a coach now, so Lebanese football will definitely benefit from the fact that he’s still involved with the game.