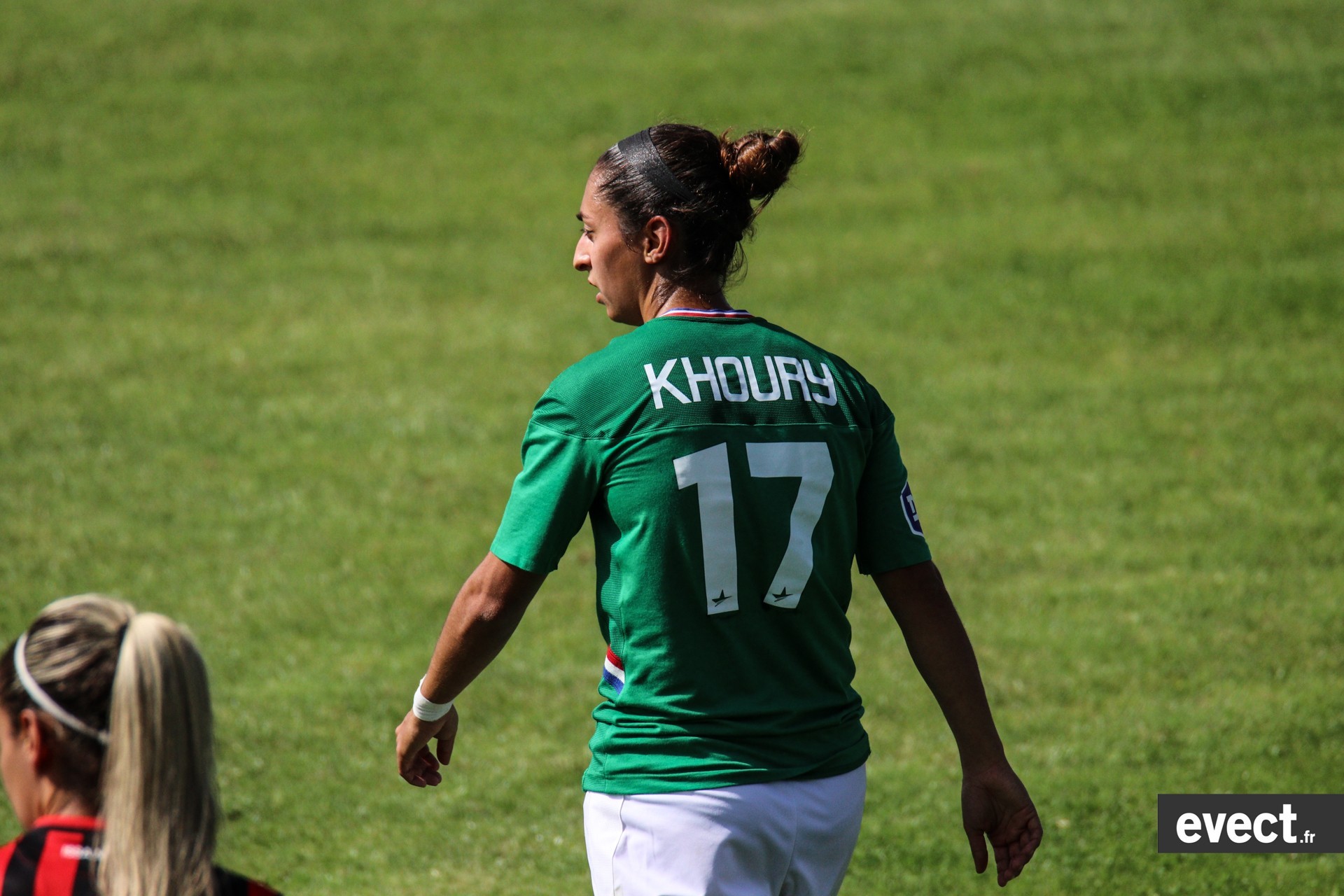 Pilar Khoury is playing with the mythical Greens!  4 matches and 4 victories for Saint-Etienne. Pilar Khoury has distinguished herself by already scoring three goals. She opened her counter by scoring twice against the Crocodiles of Nîmes.

Pilar Khoury was then decisive in the last game against Le Puy Foot 48 where she opened the scoring in the 80th minute.

3 goals in 187 minutes! A successful start to the season for Pilar Khoury!

Julie Atallah is playing with CA Paris, a club based in the 14th arrondissement of Paris.

Two weeks ago, in the Regional 3 League, Julie shined against Bagneux by scoring one goal and providing one assist. Wonder performance for a defensive midfield player!

This week, Julie Atallah played against Paris FC in the U18 F phase 1. Paris FC senior team is playing in the Division 1! Paris FC is a partner of CA Paris.

SAS announced the departure of their coach Said Wehbe
Official: Safa WFC welcomes 2 new faces and says goodbye to another