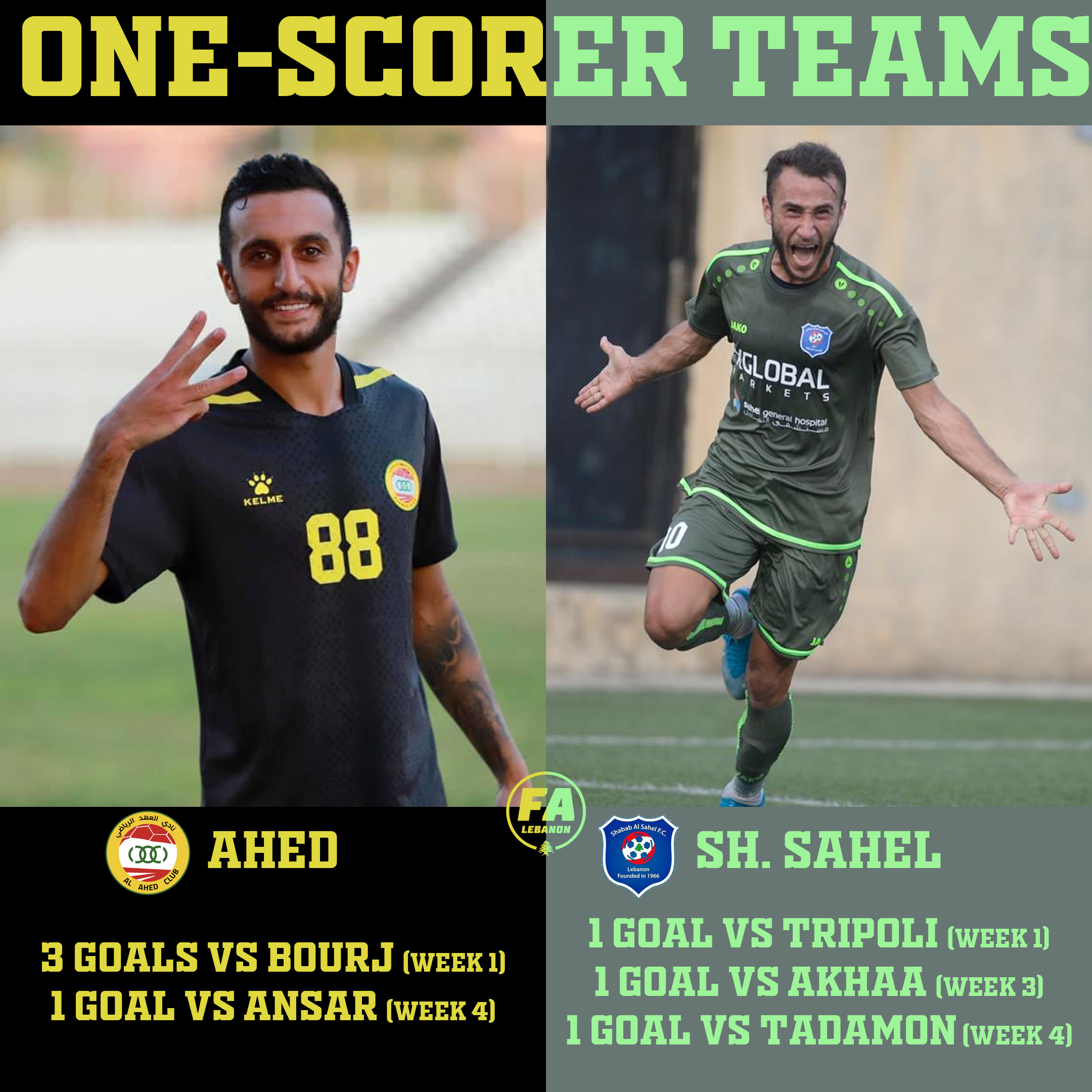 Shabab al Sahel have been relying on a single goal source in this season so far; their midfielder Abbas Assi.

Scoring 3 times in 4 games, Assi opened his club’s scoreboard in the 51st minute of their first match of the season, handing them a 1-0 win over Tripoli.

The midfielder found the back of the net again on the third match week. After conceding an own goal to Akhaa on the hands of Ali Abboud, Assi went on to redeem his teammate by scoring an equalizer in the 76th minute, earning Sahel a well-deserved point.

Sahel’s most recent game against Tadamon also ended in a 1-0 victory, with the winning goal coming once again from Assi in the final minutes of the match.

Assi has also impressed on a national level, and has been appearing regularly in the National Team’s training sessions.

Al Ahed have had the same story this season with their forward Mohamad Kdouh, who has already scored 4 goals in their 4 games.

Kdouh and his club started the season on a high with a dramatic 3-2 win over Bourj FC, where the forward scored an opener (29’), comeback (54’), and winning goal (62’) before being subbed off in the final minutes, earning himself a hattrick and Al Ahed their first win.

After a goalless two games, Kdouh put himself back on the scoreboard with an opening goal against Ansar in the 4th match week. However, Al Ahed still failed to hold on to their lead.

Camille Chamoun stadium: from International fame to a stock depot
A new injury at Ahed