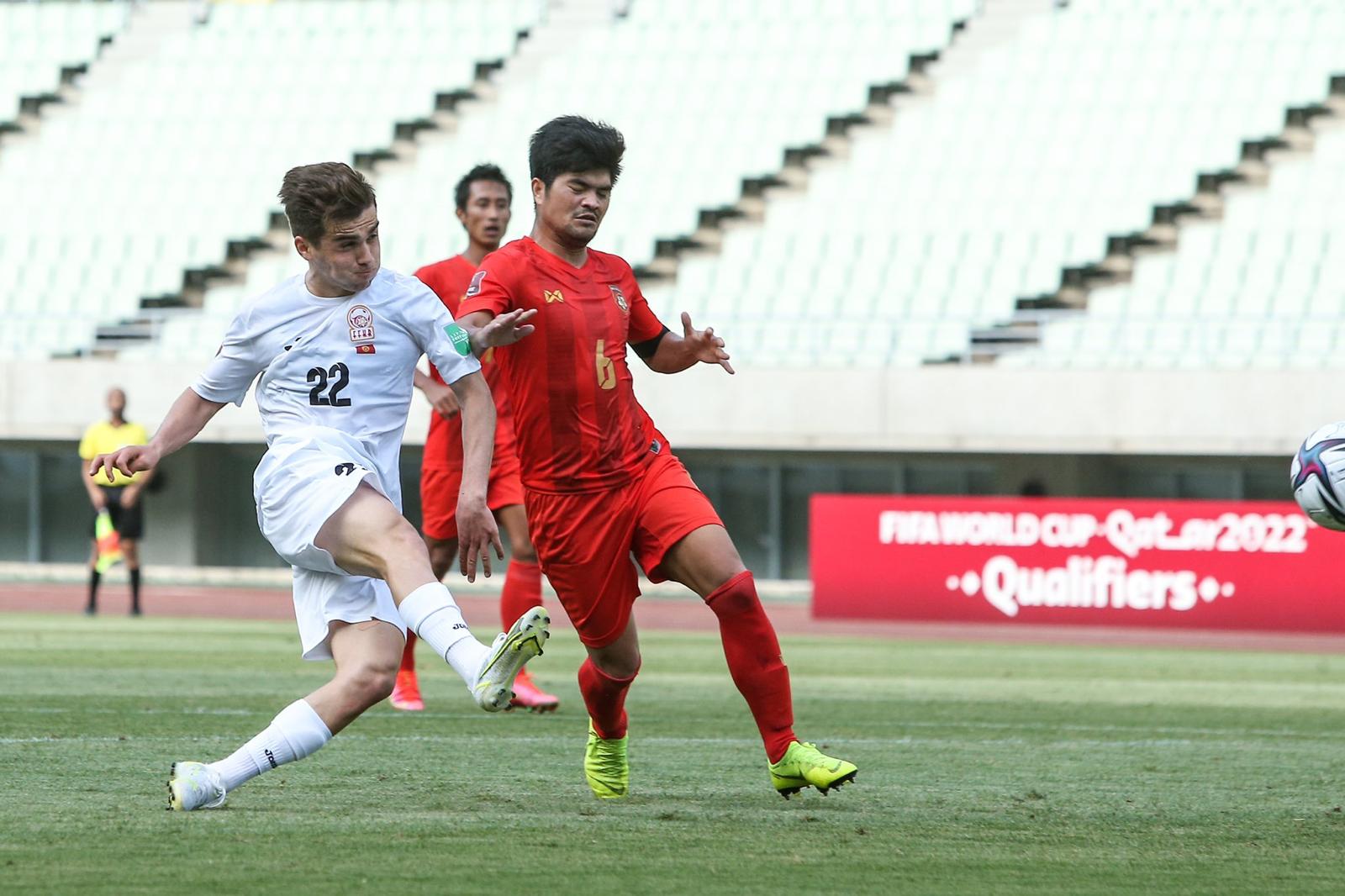 12 teams will advance to the third round of the 2022 FIFA World Cup qualification and therefore qualify to the 2023 AFC Asian Cup. Those teams are the 7 group winners and the 5 best runners-up (Qatar will not participate in the third round as they will host the World Cup).

What matters for Lebanon is to stay among the five best runners-up.

In the Group F, Kyrgyzstan beat 8-1 Myanmar. Therefore, they are now the provisional runner-ups in their group. On the last matchday, Kyrgyzstan will face Japan and Tajikstan will play Myanmar.

Kyrgyztan need to at least match the results of Tajikstan in order to secure the second place. In this case, Kyrgyzstan could not challenge Lebanon’s hope in securing a third round spot as they will only have a maximum of 7 points.

Most likely, Japan and Tajikistan will win their respective games.
In this case, Tajikistan will take second place. In the runners-up ranking, they will have 10 points and a goaldifference of -1. Lebanon is secured to have a better ranking than Tajikistan unless of a defeat against South Korea by more than 6 goals. The game vs Myanmar won’t be included in best runner-ups ranking.

Today’s remaining games of the groups B and G will matter the most for us.

At 7:45pm, an important game will take place between Malaysia and Vietnam. A draw or a victory of Malaysia will put Vietnam in a difficult situation ahead of facing the UAE on June 15.

At 10pm, Jordan and Kuwait will face each other. The best scenario for Lebanon is a draw or a Kuwait win.

What to watch tomorrow?
Jordan and Kuwait draw 0-0