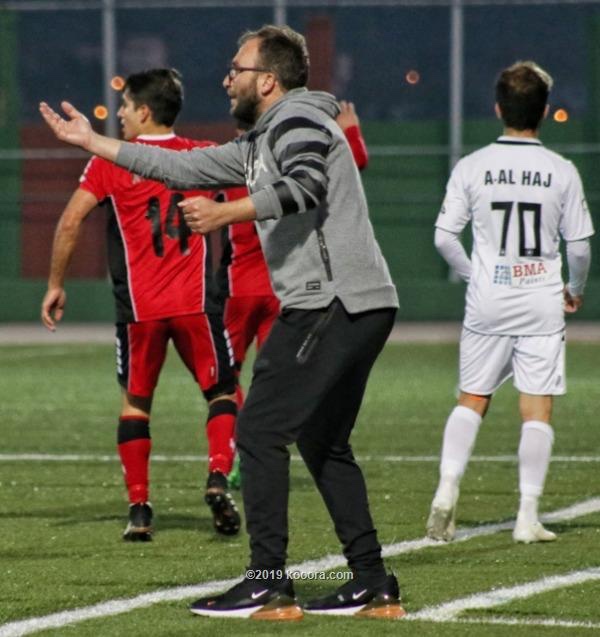 Salam Zgharta reached the half mark of the season with a new coach appointed before the last game of the first half of the season. Ghassan Khawaja replaced Tarek Thabet and it’s no secret that Salam Zgharta has become better, winning 3 and drawing 2 in 8 matches. That is not a great record, but Coach Ghassan sees it as a good record considering what went through the 3 loses he suffered as Salam Zgharta Coach.

In his opinion, Salam Zgharta played good football vs Ansar, even though the scoreline won’t say such thing, losing only due to individual mistakes and a struck of luck (hinting at Soony’s wonder goal) and missing key players like Mamadou Niass and Alex Boutrous. In the next two games against Nejmeh and Ahed, Salam Zgharta were more organized and had more belief in themselves which allowed the team to have more possession and that gave them the 3 points against Nejmeh and almost a point against Ahed denied by 2 masterclass saves from Mahdi Khalil.

Looking to the future, Coach Ghassan is optimistic about Salam Zgharta playing in the Elite Cup in the summer. He told FaLebanon after the game against Ahed that the drop of the points in the first game of the second half of season against Shabab Ghazieh was very “unfortunate” but the game in the cup showed who was the better team. The draws against Akha’a Ahli Aley and Tadamoun Sour were due to a lot of missing chances in front of the goal. Coach Ghassan doesn’t consider the five games remaining in the season as easy games although his men are playing good football, especially since he has no more home games.

Coach Ghassan keeps no secrets that the management of Salam Zgharta eyes the future. He thinks Salam Academy has a lot of uprising talents coming through but the main focus of the coaches is to teach their players to have a better game understanding, a skill he considers missing in Lebanon. Salam Zgharta invests massively in their coaches to attend Asian and European training session and get high degrees in order to serve the game and the club better. Just like any other academt, Salam Academy suffers from the amateurism of the league in Lebanon which leads to many players leaving the game in hope to have a better chance at making money.

In the end, Coach Ghassan thanks FaLebanon for their new approach in advertising Lebanese football and we would like to thank Coach Ghassan for his time and wish him luck in his future as we like to see all Lebanese coaches reaching the highest level in this game.